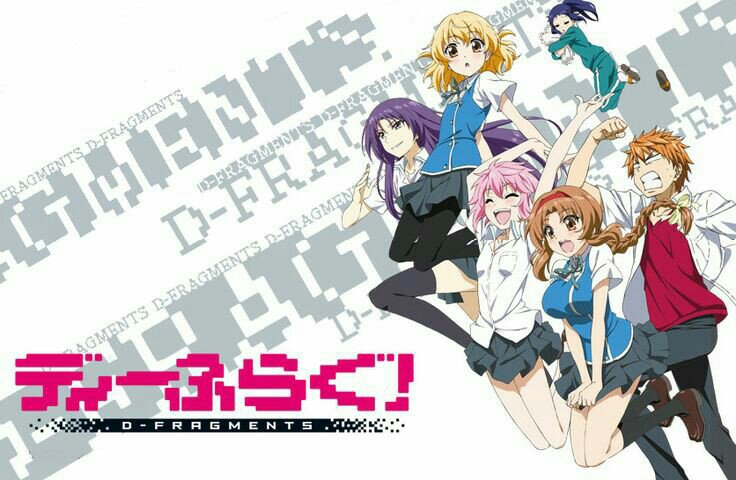 Well most of us enjoy our time at school in different ways. I can’t say that studies are one of the reasons for all of you as a source of enjoyment, but other things like sports, club activities and stuff are a good way to relax your mind and interact with your friends. Entering clubs is a good things since every club has their own goal and no matter which club you are in, you’ll atleast learn something by being a part of it. In this anime we are going to see the same as how students enjoy their highschool life by spending their time in clubroom. But what sort of club ? Does it has any goals or something ? We’ll know soon about it as we move forward with the story.

Now then, lets talk about the plot. The story follows around a student, Kenji Kazama who joined Fujou Academy in order to rule it with his little group of delinquents. His goal was to makes his gang, the Kazama gang popular and known in the entire school, but on his first day, he got caught in some weird and later regrets in joining school. Just as they were passing through the hallway, they saw fire in one of the clubrooms and decided to help them out. But in return of thanks, his gang was taken care of leaving him as the soul survivor. He was chased by the girls from the club so that they can recruit him as a member and in the end, he waa finally forced to join in order to protect the club from shutting down.

It was really hilarious to see how a club can go that far in order to recrit a member, but it couldn’t ne helped since the survival of their club name was on the line. Soon when Kenji started to attend the club, he came to know that the club went by the name, The Game Creation Club. But the surprising part was they called themselves a culture club without even produced a shred of culture. The game part was just for an excuse since the only thing they did in their club room was eat and sleep and play stupid bored games. The club only had 5 members including Kazama and and the advisor. Later as we progress with the story, it was revealed that even the club was not real and it was just an imitation of another group, byt in the end, the dispute was settled in a friendly match.

Then lets talk about our main protagonists, first is our lead male role by Kenji Kazama. Kazama wanted to rule and spread the popularity of his gang on his first day of high school, but in the end, he ended by joining a club and his dream remained a dream. He is a tall young man with orange and spiky hair which makes him stand out as different and a little cool type too. He isn’t the type who loves to follows others orders but when his life is in danger, he has no choice but to obey. He gets irritated pretty easily when people don’t take his words seriously or try to make fun of him. But in the end, that anger and wildness is what makes Kazama special in this anime. Personally like his personality how he doesn’t lets anyone get in his way and no matter the odds, he picks up a fight and carries it out until he wins.

Now then, lets talk about the other main protagonists which played a crucial role here, that means the members of his little club. First we have Roka Shibasaki, the president of the game creation club. She looks like a middle schooler because of her small height but have pretty good intelligence. She try to act like a Moe infront of Kazama to make him fall for her traps, but he’s got used to it so it doesn’t work. And she has this belief that she weilds fire magic. Next we have Chitose Karusuyama, she is the student council president and also the member of this club. She has an obsession of earth magic and always seem to play in the mud building sand castles. She has an aggressive peesonality but she is pretty soft when it comes to Roka and her happiness. Then we have Sakura Mizukami, just as her name suggest, she has an obsession of water and always keeps a bottle in her hand. Se stays cheerlful compared to the rest and lightens the mood when necessary. The we have the club advisor, Oosawa Minami. She has an obsession of lightning magic and for that, she always carries a stun gun. Pretty scary right ? Well she may not look much, she is more of a laid back type person who mostly sleeps in the clubroom and finally we have Takao, the original president of the original game creation club. She is well known throughtout the school because of her large busts and has a great obsessions of games. Later we get to know she has feelings for Kazama.

D-Frag! may be unknown to most of you, for me its one of the best school life based anime where you really get to experience the stuff that happens in a school clubroom and the craziness of fighting and hunting for members. D-Frag has also many comedy moments that’ll make you laugh, my most favourite is the time when Kazama and Takao were forced to play Roka’s new game of space scramble. It was fun to watch both if them fighting over the Gaindhi card. Then they played a really unique rock, paper, scissor with Roka to settle this, but the matter never settled and the game never even started.

Well the music and animation was above average. The opeing music, ” Stalemate ” even a person who must have looked the opening first time, he may have also got the idea about the plot. The way how Kazama is shown running from Roka shows how he got stuck up in such a big mess of clubs and their stupid daily activities. The background brings out the sensation of being in a gaming environment since we get to hear some early 90’s gaming OST. As for the animation, I liked it pretty much, especially I loved the personality sketch of mosr of the characters. The only wish I have from this anime is a season 2, I want it pretty badly after the fun it game me in this season. So overall, I really had a great time watching it, and I am sure you will too if you are a big fan of School and comedy type anime.